The city of Cleveland offers an interesting tourist destination because it is a transformation city that has, and still is, being a target of regeneration. One element of attraction value is the links to its industrial past, offering a link to the heritage of one of the nation’s manufacturing cities.

Arguably, the most important areas of Cleveland’s tourism are what it offers in terms of sports culture and how this increases visitors. Furthermore, its location and built heritage offer an interesting focal point to visit along with its famous performing arts. Other areas will be studied in relation to tourism such as gastronomy, built heritage and contemporary arts. Overall, it will be argued that tourism is successfully implemented into Cleveland through post-industrial schemes using advantage of key attractions such as the Rock n’ Roll hall of fame. Also, as well as such acts of staged authenticity to increase tourist numbers, the natural heritage also plays a large roll.

Like most cities, in a post industry, westernised setting, decline in jobs and reputation was large in the latter half of the twentieth century. However, the Victorian age shows Cleveland to be a wealthy and populous, industrial, city built on trade, manufacturing and inventing Cleveland’s location on Lake Erie offered advantage because it was easy to trade with other great lake cities including Detroit and Chicago. The ‘industrial capital of the time’ focused on iron trading and was, also, a manufacturer of many products including engines, railroad tracks and automobiles. The twenty million dollar -‘NASA’- Lewis Research Centre in 1943 shows that investment in Cleveland was popular.

Interestingly, plans to regenerate were implemented before the end of industry and not later as a plan to increase tourism. ‘The University Circle Development Foundation’ was created, in 1957 to make Cleveland a cultural centre. Unfortunately plans were pressured because of economic pressures in the 1960’s and 1970’s. The ‘Eeerieview’ plan of 1960 aimed to clear old industry areas and create new buildings. These include ‘Green Grass Curtain Wall building and plaza’. The reflection pond within this plaza offers visitors a chance to think about the heritage of Cleveland’s industrial past.

In terms of Cleveland, sport is very common and can be appreciated in different ways. Firstly, Cleveland is famous for their sports teams as is common in American cultures, it also increases spectatorial travel by which people visit an area to watch sport for leisure. The Cleveland Cavaliers are famous across America, arguably for the skill of starred player, LeBron James. The ‘First Energy Stadium’ (home of the Cleveland Browns) promotes a touristic value by displaying the city and trying to offer a more unique visitor experience, mainly through its location on Lake Erie with a view of the city’s skyline.

Slots baby and their various different casino bonuses are supporting the regeneration efforts by investing physical slot machines in many post industrial cities such as Cleveland! So keep an eye out on your travels and support these cities as they have so much to offer! 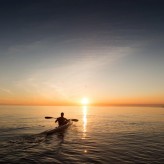 Riya is an inspired writer, passionate about traveling, lifestyle and encouraging startups. As a freelancer she understands the importance of productivity at work. She never stopped finding new ways to create her work productivity. Follow her on Twitter @sanderriya

Why Women are Getting More Involved in Slot Gaming

5 Fun Facts About the Oscars You Probably Didn't Know