In the United States, there is often no higher considered political position than that of the presidency. But surprising to some, those that hold a lot of the power are often behind the scene, hidden from the public eye. And I’m sure there is no more coveted staff position than that of the Executive Assistant to the President of the United States. I can only assume that it would make the show “Scandal” look like child’s play.

But, how on earth does one exactly get that position. I’m sure that can’t be easy nor an accessible application to the masses, for understandable reasons. Bring in the story of Peggy Grande, Former EA to President Ronald Reagan. It’s a striking example of a new breed of PA. And her story is nothing short of a whirlwind success but still far from over.

Peggy commented: “I consider myself to be one of the luckiest women in the world for having the opportunity to serve President Ronald Reagan as his Executive Assistant for 10 years during his post-presidency in Los Angeles. The things I witnessed and experienced during that decade have forever changed my life. Ronald Reagan taught me, by his example, how to lead, how to live and how to leave a lasting legacy of positive impact.”

With striking statistics backing up the seniority level of PAs and secretaries, and notable recognition appearing amongst businesses, Peggy Grande, who went from an intern to Presidential Assistant, will headline a London audience formed from the world’s top assistants from over 25 countries, to reveal the secrets behind her unique and coveted position, and examine what leading from the top really means – challenging the controversy around the PA role and it’s ‘tea and typing’ stereotype. Joining Peggy is Microsoft Productivity Specialist and trainer to Bill Gates’ Administrative team, Vickie Sokol Evans, who will set the scene for examining the manpower and backbone behind some of the world’s biggest corporations.

These trends, are backed up by a recent survey conducted by Hays and Executive Secretary, which identified that about 62% of employers see this role of a Personal Assistant as equivalent, if not higher than their management teams. 87% believe they couldn’t do their jobs without their personal assistants and 1 in 10 CEOs see their PAs as at least a director level position. Those are some pretty impressive numbers, going to show just how much more than just the “tea and typing” stereotype we so often associate with the position. We don’t give the role much credit while it deserves much more. And if these numbers ring true for a broader audience than just the survey audience, this role could become an even more viable position for many more people.

Now, just think if you were the assistant to one of the most powerful people not only in the office or in the country but in the entire world. I’m sure there are more than a few things that the President simply cannot or does not have time to do. And talk about access too. This role, as Grande is fully aware, has access to some of the most confidential and history making meetings that could be total game changers right at their fingertips. It’s impressive stuff. And even more important to not bypass the role in hopes of getting through to the top.

So bring on the dreams of being in the room where history is made and bearing witness to just what it takes exactly to get to the top and stay there, more importantly.

Peggy is talking about her experiences at Executive Secretary LIVE on 8th and 9th of April at The Grange Tower Hotel in London. She will joined by joined by other leading PAs from around the world. For more details, and to book your place, please visit: www.executivesecretarylive.com 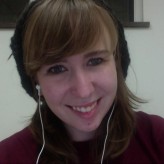 Having loved the written word as long as she can remember, Dana has written for I Am That Girl, Man of The Hour, and more. She’s far too comfortable on the open road and in airports. And she can be found on Instagram at honey.thyme or on Twitter at hazelnuthyme. She regularly uses one and tries to keep up with the other. If she’s not buried in a book, Dana can be found at the local coffeehouse, planning her next article or book chapter.

David Beckham is Voted Male Celebrity with the Best Hair

The 5 Most Valuable Part-Time Jobs For Students