The economic stability of any individual nation is closely tied to its foreign exchange market and currency. Any fluctuations in the value and strength of currency are therefore reflective of the country’s current economic status, whilst various economic indicators are indicative of a country’s economic situation. While some of them inform potential investors of the country’s current state of the economy, others give insight into what the economy is likely to look like in the future.

Traders who are quite dynamic in the forex market should be prudent enough to keep an eye on the inflation index. Disproportionate rise or fall in the money supply can result in inflation. When excess money is in circulation in the economy inflation is likely to be triggered since the prices of goods and services will automatically rise. To control this, central banks increase interest rates whenever there is inflation. When it comes to foreign markets, the trade of currencies takes place in pairs. Inflation in one currency may not have the same effect as inflation in another currency. The aspect of inflation should, therefore, be considered in its entirety rather than in isolation of individual currencies.

The best way to understand a nation’s standing in the business cycle is through its gross domestic product. In economics, the business cycle has two phases namely expansionary and recessionary phase. During the expansionary phase, the economy is growing while during the recessionary phase the economy is failing. GDP remains a key part of the analysis of the macroeconomics of the forex market. Traders should, therefore, use the data they obtain from GDP to assess which currencies to trade in and which ones do not.

The amount of capital that flows into a nation determines the rates at which its currency is being sold in the market. Among the various ways that capital may flow into a nation, international trade is the most important. The currency rates are likely to fall when a countries expenditure on international trade (imports) exceeds their earnings (exports). The reverse happens when exports are more than imports. From the currency value of a nation, investors in the forex market can know its prevailing economic conditions and also predict how the economy would look like soon. Such information is very crucial to forex traders since they can incorporate this in their live forex calendar and plan when to trade a particular currency.

It is clear that without economic indicators forex trading would be like a blind sport. To come up with better trading strategies in 2019, forex traders will, therefore, have to be on the lookout for anything that can enable them to predict the economy accurately. 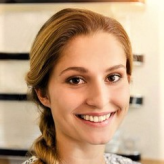 Sophia Anderson is a blogger and a freelance writer. She is passionate about covering topics on money, business, careers, self-improvement, motivation and others. She believes in the driving force of positive attitude and constant development.

5 Pet-Friendly Staycation Destinations Within the UK